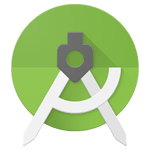 Thanks for downloading Android Studio for Windows’s latest version. The download will start within a few seconds. If it is not starting then click on the below Download buttons to start it immediately.

The race is going on among the operating systems because each company wants to compete with the opponent. Previously, Apple iOS is dominating other OS for just a limited time. But if you look carefully at the graph year by year then you will see android is on top for many years. The main reason behind it is used by dozens of companies. In simple words, Apple iOS is used only by Apple but Android is used by Samsung, HTC, Sony, Nokia, LG, Techno, Oppo, and more. However, Android Studio lets you create and Read more