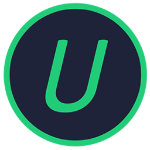 If your PC is facing lags even you have super computer that it means something wrong with it. Thousands of users are already worried about this issue because they don’t know what is the exact problem. They will get some suggestions e.g. replace processor, upgrade CPU, make service of CPU, install new OS and more. There is still one option remaining that is cleaning your PC from garbage. IObit Uninstaller is intelligent program that lets you remove multiple programs at once without leaving footprints.

Sometimes we remove the target program from PC but it will leave some footprints, cookies, registry entries and files in setup directory. These are bad things that must create multiple problems e.g. slowing down overall speed, stuck your PC at many points and also unable to run heavy graphical programs. It will also create several difficulties for gamers so the user will get several types of runtime errors.

The tool will scan PC for third party installations including drivers, programs, web apps, games and more. This is the key to completely remove target programs without leaving it’s files or entries in windows registry editor. However it has more options e.g. software updater, toolbars, windows apps and more.

It gives ultimate control over windows apps so you can get more free space with removing those unwanted features. In simple words, you can remove Windows Media Player if you have an external one. Meanwhile it is ultimate tool update software to latest versions, remove unwanted windows apps and delete installed programs in effective way. Thus it is best speed optimizing utility to speedup computer.