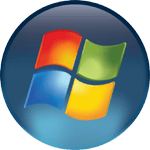 If we take a look on the history of OS, there are major releases comes from Microsoft. From CMD to Windows 10, each version has unique style, features and results. On the other hand, each user has it’s own choice to install and use favorite OS among the list. The team behind is still busy in fixing the bugs, increase compatibility and usability functions in next versions. While Microsoft has release Windows 7 Service Pack 1 (SP1) that is rich with updates for Internet Explorer, DirectX and Windows Media Player.

The update is rich with several things that are necessary to deal with next generation technologies. If you look deeper, you will find that hundreds of programs and games are demanding to update your OS to SP1 before using our service. This will force the user’s to download and install these updates in two ways. The main method is using Windows Update option from Control Panel but it needs faster internet speed.

Other than the primary method is to download update pack and install it manually. Now it is up on you that which way you are using as favorite. However, it comes with several security, bugs, compatibility, reliability and stability fixes. In simple words, your PC will be able to fight against spam, spyware, malware and virus attacks through Windows Defender updates.

Good news for professionals because they can get better support for Visual Basic, Direct X, HDMI devices and performance compatibility. At the end, if you are trying to update Windows 7 to Service Pack 1 and it’s showing error, than you should try this setup below.